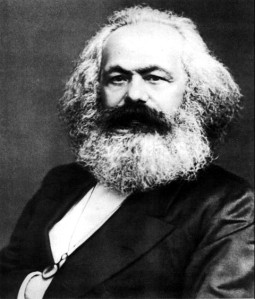 Hold the Presses. John McCain has begun considering VP candidates. From the New York Times, May 22nd, Adam Nagourney reporting, “Charlie Crist and Bobby Jindal, both governors, and Mitt Romney, a onetime rival for the nomination, are all set to meet with John McCain this weekend.” (Editorial sidebar: So this means that we might have “Mac and Crist in ’08,” which could do wonders for Mac with a certain demographic, or “Mac and Mitt in ’08,” for help with the baseball loving trucker vote. On the other hand, “Mac and Jindal in ’08,” no way. The Jindals make up too small a percentage of the electorate.)

But this is not the really BIG news. A high placed, anonymous source, reports that Hillary Clinton has decided on her choice for VP. And it ain’t Barack.

First, the context. As reported on May 21st, from BOCA RATON, Florida, in Politico. “Hillary Clinton compared her effort to seat Florida and Michigan delegates to epic American struggles, including those to free the slaves and win the right to vote for blacks and women.[…]”

Hillary was quoted in Politico as claiming,

“This work to extend the franchise to all of our citizens is a core mission of the modern Democratic party,” she said. “From signing the Voting Rights Act and fighting racial discrimination at the ballot box to lowering the voting age so those old enough to fight and die in war would have the right to choose their commander in chief, to fighting for multi-lingual ballots so you can make your voice heard no matter what language you speak.”

Ah, there you have it. She is incensed about what has been done to the people of Michigan and Florida. Their citizens have been old enough to fight and die for their country, speaking in different tongues as they do so, but not old enough to have their votes counted for Hillary. And part of her anger stems (and this is one author’s psychoanalysis) from self-hatred, since she signed off (read: gave her word to the DNC) on not counting the votes in Florida and Michigan way back when. (When exactly? Sometime before she had beaten “Uncommitted” in Michigan.). So she must act to right this wrong, in part, to overcome her self-loathing.

What you have just read/heard is the part of the story that deals with morality and self-loathing. But there is more. There is Hillary as tactician.

As reported by Politico, she went on to say, “We know the road to a Democratic White House runs right through Florida and Michigan…”

Knowing that she needs Florida and Michigan to win against Obama and to win in November, Hillary has had to determine how best to secure these states. One answer, choose a VP from either state, perhaps one for the first term from Florida and one for the second from Michigan, and let the voters know asap that she plans to do so. But this, as it turns out, is insufficient to right the magnitude of the injustice.

To arrive at a solution (recall, “solutions” were once a feature of one of her slogans), she has drawn on hitherto unknown, but deeply held, skeleton in the closet, Communist sensibilities. Her solution is novel, seemingly impractical, but strikingly bold. (How bold? Bill may have been behind the idea.) She plans to make the People of Florida her VP. (Florida, in her mind, has suffered more than Michigan due to the 2000 election. See her recent and future comments–coming to web sites and blogs everywhere soon–about the movie “Recount.”) Yes, it’s true, the People of Florida will be her choice for VP if she should win the nomination. And my sources also tell me that a slogan has already been prepared: “Vote for Hillary and the State in 08.”

LATE WORD: Campaign chairman Terry McAuliffe, Comrade Terry, is denying rumors that there are plans afoot to change the name of Florida to the Florida Democratic Republic or the FDR.