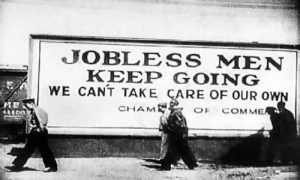 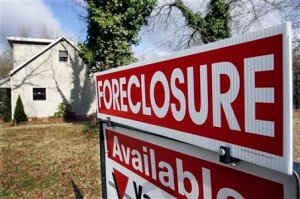 Kate Phillips reports the following in the NY Times on August 20, 2008 (article here):

“A dividing line shows up in this [NY Times/CBS] poll, according to the analysis by Mr. Cooper and Ms. Sussman:

Mr. Obama, the presumptive Democratic nominee, was trusted more by voters to handle their top concern, the economy. Sixty-five percent of those surveyed said they were confident that Mr. Obama would make the right decisions on the economy, compared with 54 percent who expressed confidence that Mr. McCain would. When it came to foreign policy, the image was inverted: 66 percent expressed confidence in Mr. McCain to make the right decisions, and 55 percent in Mr. Obama.

The economy ranks far higher than national security or the Iraq war as a top concern among voters in the new survey, which indicated that respondents were more negative about the economy than at any time since 1992 when, as the article notes, Bill Clinton won the presidency with the admonishment that ‘It’s the Economy, Stupid’.” 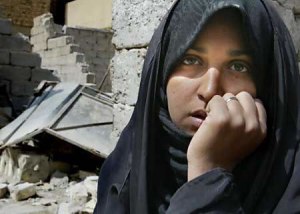 McCain has hung out the bait: you hate the war, well I am going to keep making outrageous claims about winning it. Come and get me. And we will if we are not careful. Because he was wrong about the war from the get go and his foreign policy is a throwback to the Cold War. But it’s a trap. While most Americans agree that the war is bad news, it is not what they are mainly concerned about right now. Or more to the point, it is not the central concern of most of the undecided voters, those who will determine the outcome of the election. They want to talk jobs, wages, foreclosures, mortgages, retirement, and medical care. If Americans are basically confident that Obama can handle foreign policy, and the poll suggests that 55% of them already are, then Obama has crossed the most significant threshold. He doesn’t have to top McCain. He just has to make sure that enough people feel comfortable about his ability to handle foreign affairs so that they can go ahead and vote for him based on economic self-interest.

My conclusion: as painful as it might be for Obama and his supporters, they should avoid responding to McCain every time he raises the Iraq War and foreign policy. A better course: remind the American people as often as possible that the war is costing us 10 billion a month when we have no health care and the economy is tanking. (And they should also remind the American people that McCain said that he needed to study up on economics just a few months ago. A captain of the economy he is not.)

P.S. Yes, of course, there will be times that Obama and his supporters will have to respond about the war and discuss foreign policy, but this is different from getting sucked into an endless debate about the war. It was and is wrong, corrupt, and strategically stupid. But this is going to be a pocket book election unless something unforeseen and very big happens internationally. Focusing on the Iraq War and foreign affairs is not going to win the election for anyone but McCain. And then we will have to stare at this for years to come…… 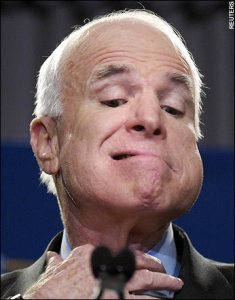 UPDATE: August 23, 2008. The selection of Joe Biden as the VP candidate should work beautifully with the strategy outlined above. The basic premise of this strategy is that Obama does not have to poll better than McCain on foreign policy; he just has to convince a majority of Americans that he can handle foreign policy well. The NY Times/CBS poll suggests that he has already crossed this threshold. Biden will not only help to make sure that he remains above this threshold, he will help Obama improve his standing. My guess is that the selection of Biden, and other moves that Obama will make, will push him well into the 60% range on the question of confidence in handling foreign affairs. (A 3-4% lead in the popular vote will almost surely translate into an electoral college win. That’s a 52%-48% win, without third party candidates included.)