August 29, Immediate reaction to Palin: McCain has officially lost it, in more ways than one. He is now taking the phrase, “Hail Mary,” to mean “Hail Any Woman.”

According to the much used Wikipedia, “A Hail Mary pass or Hail Mary play in American football is a forward pass made in desperation, with only a small chance of success. The typical Hail Mary is a very long forward pass thrown near the end of a half or end of a game where there is no possibility for any other play to score points. This play is unlikely to be successful, because of the general inaccuracy of the pass and the defensive team’s preparedness for the play makes it likely that it can intercept or knock down the ball” (italics added). “Hail Mary” article from Wikipedia here

The choice of Palin reveals McCain’s historic tin ear. He is seeking to put an inexperienced politician a heartbeat away from the presidency because he believes that it will help him with the women’s vote and his base. This is after he has made experience the mantra of his campaign, and we are all aware of his age and health history. He had promised to be extraordinarily careful in his selection of a VP due to these factors. (I mean she really is inexperienced, both in domestic and foreign affairs: 21 months as a governor of a state that has a population 1/3 that of the Borough of Manhattan, and service as a small town major.) Country First, John? Not this time.

Palin’s choice is insulting to women, and especially to Clinton’s women supporters, because it assumes that they would vote for any old (or young) woman. Hell, it’s insulting to men. To think that anyone who really supported Hillary would take (oh my, I just forgot her name) Palin as a substitute is astounding. Is it possible that McCain is so desperate and befuddled that he believes being a runner up in a beauty pageant is somehow going to compensate for political stands inimical to women’s welfare? (Okay, Palin might be strong among Evangelicals and right wingers–Palin’s position, no abortions even in cases of rape and incest–but is McCain really worried about the Evangelicals? Looks like he might be. And if he is indeed still worried about his base, given the incredible shrinking Republican Party, this is not so good for John.)

For a picture of beautiful Wasilla, the town Palin was mayor of, and the scoop on the ethics violations for which Palin is under investigation, see Mudflats. It’s quite a read.

Another reason must now be added to the list of: 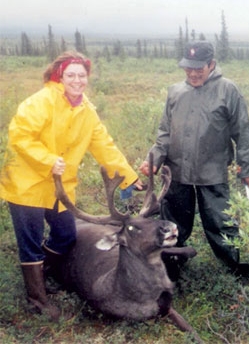 #14. Palin will prove to be an unbelievably bad choice for VP, especially after McCain promised to be very careful in his selection due to his age. Given the sheer political nature of this choice, he will have to give up his slogan, Country First. Can you imagine Palin eyeball to eyeball with Putin? How about eyeball to eyeball with any senator, except for Ted Stevens, in the Senate? ( Just think for a moment about how the debate with Biden is going to go.) Hey, John, your answer to every problem is not to pick a pretty woman. Just because Cindy helped put expensive shoes on your feet….

UPDATE: Breaking News. According to Steve Doocy of Fox News, “She does know about international relations because she’s right up there in Alaska right next door to Russia.” YouTube Link.

UPDATE, 8.30.2008 Wow. This is going to be some ride. It seems that Palin is immature and quite willing to laugh while a radio host calls another woman, Alaska Senate President Lydia Green (who is a cancer survivor), a cancer and a bitch. See article here. A tape of the broadcast appears to exist. I am sure we will hear it soon. (According to the article, Palin laughed several times at tasteless comments about Green.)

UPDATE: After Republican convention, September 5, 2008. In spite of the initial positive reaction to Palin because: 1) she gave a reasonably well delivered speech (written by professional speech writers) at the convention; 2) sympathy for what many in the public perceive as a piling on by the Press; 3) hunger for reform and change (which her positions do not actually represent); and 4) the apparent progress for women in a woman VP pick (in spite of the fact that her policies and convictions are inimical to women’s welfare), I am holding to my initial reaction in this blog. It is clear that the McCain people will try to keep her away from the Press for as long as they can. But there will be a debate with Biden and at some point there will be questions about her unavailability for questions. Also, most people simply don’t know about her stands on the issues, for example, no abortion even in cases of rape and incest, and that she has lied about her record, for example, regarding the Bridge to Nowhere. Let’s see how all of this looks six weeks from now as McCain/Palin tries to push themselves as the change team in an economy still on the ropes and for which they are only offering traditional Bush/Republican bromides. (The flip from the experience team to the change team at this stage in the game is a Hail Mary. The Dems are just waiting for them. Wait till you see all of the ads with McCain saying just what Bush has said about the economy.) And let’s see how people feel about Palin being a heartbeat away from the presidency after they see how little knowledge she has of the world.