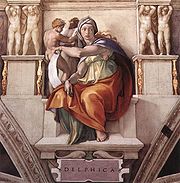 By now I am sure that most of America has heard about the former VP’s outrageous interview with Politico, which has been generously quoted in the MSM. Besides reiterating what every sentient adult American knows, namely, that it is possible that there will be a serious terrorist strike in the U.S. in the next few years, Dr. Doom tried to set the stage for the blaming the attack on the Obama administration. “When we get people who are more concerned about reading the rights to an Al Qaeda terrorist than they are with protecting the United States against people who are absolutely committed to do anything they can to kill Americans, then I worry.” Politico

This nonsense is from a man whose war in Iraq and torture policies have in all likelihood created more terrorists than all of the combined recruiting techniques used by Al Qaeda.  He has made us less safe and decent in oh so many ways. But just as my fury was reaching unspeakable heights, I heard about a rather amazing turn of events. The Obama Administration plans to use Dr. Doom’s “expertise” in a thoroughly new fashion. They are creating a department of soothsayers made up of individuals who claim to have powers that allow them to leap over historical realities in single bounds. Cheney will direct this group of Jeremiahs. He plans to use his gifts in reading bird entrails, especially ones that he has shot, to help educate his comrades.

Obama it seems is way ahead of us on this one. It turns out that those of us who have been hypercritical of Dick have not realized that he has been suffering for years from a rather rare syndrome that leads him to believe that he has prophetic powers. His pacemaker, which was implanted several years back, suffers from a serious defect. It produces a low frequency audio pulse to the Thermonuclear region of the Hiffocampus. (It goes softly “boom” about every 18 minutes.) This results in behavior that is hard to separate from that of sociopaths, especially in terms of their tendency to lose sight of the differences between truth and lies, right and wrong. So, yes, Cheney has been a pathological liar, but for an understandable reason. Unfortunately the pacemaker cannot be removed without creating the possibility that the patient might suffer from an overload of guilt and remorse, which could lead to suicide. And his doctor’s oath, unlike Cheney’s own as VP, requires that he do no harm.

The Obama administration’s plan to make Cheney Director of the Cassandra Complex is an elegant solution to the problem of Cheney. As you may recall, even when Cassandra was telling the truth about the future, she was fated to not be heeded. Cheney can now spend the rest of his days, along with a bevy of sociopaths, feeling good about the fact that they know the future but no one will listen to them.

Here is a model of their new building, right off the Mall in D.C. The design goes back to Bentham. (And since, needless to say, no one can really know what the future holds in store, this is a good place to store folks like this.)