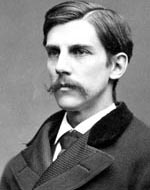 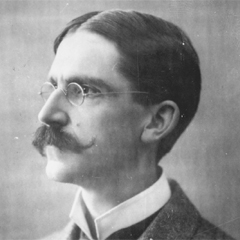 There it was in black and white, splashed across five columns of last Sunday’s (May, 3, 2009) New York Times, “As a Professor, a Pragmatist About the Supreme Court.” Standing above the headline is Obama, facing a law school class at the University of Chicago, hands spread wide across his desk, with the words, Bush, Gore and Voting clearly visible on the white board behind him.  In terms of a nominee to the Court, the article warns that we should not expect, “a larger-than-life liberal to counter the conservative pyrotechniques of Antonin Scalia, but a careful pragmatist with a limited view of the role of courts.”  Its author, Jodi Cantor, appears determined to help reinforce a developing consensus: Obama is not your standard liberal.  And perhaps even more frightening for principled liberals (and conservatives) are Obama’s words in The New York Times Magazine, “I mean, the truth is that what I’ve been constantly searching for is a ruthless pragmatism when it comes to economic policy”  (May 3, 2009, emphasis added).

The poverty of American discourse about politics–oh, let’s say back to the 1960’s or maybe since the 1930’s–is becoming increasingly transparent with every passing attempt to squeeze Obama’s views into one of the currently accepted categories: conservative, liberal, or moderate.  Of course when these fail, we can always hurl an epithet: pragmatist.  There is more than one reason that we have slid into this set of boxes, not least of which is that constituencies believe that they are served by them.  But Obama and friends are here to tell us that the party is over.  His decision about a Supreme Court nominee will provide further clues as to why the festivities are coming to an end, and I want to return to this topic shortly. First, some general comments about the state or our political reference points.

Obama has appeared mysterious and unpredictable in part because we have become used to an unforgiving dichotomy in popular political discourse. On the one hand, liberals, in their quest to help transform the world for the better, are viewed by conservatives as a-historical and unwilling to accept the lessons of the past.  On the other hand, while conservatives view themselves as guardians of the past,  who understand that change cannot simply come from above, liberals see them as having buried their heads, like the proverbial Ostrich, in the sands of what has been. 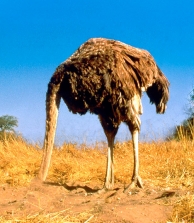 Are these caricatures?   Of course, but not entirely.  Liberals have often spoken as if law and policy could trump custom and habit.   Instead of arguing that law and policy can help to ameliorate egregious states, while acknowledging that the work of change is going to require political activity on the ground, Washington liberals (for lack of a better label) have at times been top down folks.  And conservatives have at times certainly sounded as if every program to remedy inequities somehow violates the gods of history.  (Yes, of course this is a gloss, but bear with me, it will do for the purposes at hand.)

Let’s assume for the sake of argument that many liberals haven’t been sufficiently historically minded.  Conservatives, on the other hand, no longer present a coherent political philosophy.  Traditional conservatives, those who emphasize the power of the past and obligations to preserve traditions, have become a modest wing of the conservative party, that is, the Republican Party.  The term conservative has been co-opted in the past few decades to stand for a set of values that is anything but historical, namely, religious or quasi-religious values that claim to be God given, beyond the narrative of human history.  I refer here to the presence of the religious right in Republican circles.  Hence, the deep divisions you are seeing in conservative land between ideologues and religious right on the one hand, and historicists, for example, David Brooks and Andrew Sullivan, on the other.

Obama is a historicist, a progressive, and a pragmatist.  Wait, you say.  How is this possible?  A pragmatist cares little for the past.  He or she cares about consequences, which can be altered by our current decisions.  Didn’t Obama affirm that he is searching for a “ruthless pragmatism?”  How can one be a historicist and a (ruthless) pragmatist?  But this question, as I have argued elsewhere, is due to a confusion between philosophical pragmatism and the pragmatism of the used-car salesman or legislator, whose goal is to cut a deal.  Sometimes Obama uses the term in this fashion.  But there is a coherent philosophical and political position that can join these seeming opposites (historicism and progressivism) together, and this is often what Obama means by pragmatism.

If political discourse wasn’t so distorted by ideological glosses of the right and left, and the MSM, we would be able to see that our categories have left us in a muddle, unable to comprehend perfectly plausible alternatives to the familiar.   For example, philosophical pragmatism has been consistently respectful of habit and custom.   This is why pragmatists have not been revolutionaries but ameliorationists or gradualists.  Habit, as William James said, is the great flywheel of society.  In addition, like many traditional conservatives, pragmatists have emphasized the importance of the social.  To change society, customs must change.  For pragmatists, for example, John Dewey and Obama, this does not mean that we are merely passive recipients of what has been handed to us by history.  We are not merely recipients because we have the capacity to ask how society can be improved and then to examine, with the help of science, the possible ramifications of the actions that we might take to foster improvement.  However, as fallibilists we acknowledge that we do not know with certainty what the outcomes of our actions are going to be.  We must be prepared to engage in trial and error.  We must be willing to see what works.  We place our faith on a bet, that is, cooperative and intelligent investigation of the natural and social worlds can yield insights into how to go about transforming the world, which by definition is a world that has been shaped by customs and habits.  And attempts at change must take  the latter into consideration.

Returning to the Court and the Times article, Jodi Cantor deserves credit for highlighting important points about Obama’s position on a nominee.  But she appears to have little knowledge of the larger context within which Obama is working.  Here are some of her key claims.

Former students and colleagues describe Mr. Obama as a minimalist (skeptical of court-led efforts at social change) and a structuralist (interested in how the law metes out power in society). And more than anything else, he is a pragmatist who urged those around him to be more keenly attuned to the real-life impact of decisions. This may be his distinguishing quality as a legal thinker: an unwillingness to deal in abstraction, a constant desire to know how court decisions affect people’s lives.

Yes, as a philosophical pragmatism, Obama would be more concerned with the “real-life impact of decisions,” and he would show a concern for how decisions affect people’s lives.  So too would traditional liberals.  Further,

And he asked constant questions about consequences of laws: What would happen if a mother’s welfare grant did not increase with the birth of additional children? As a state legislator, how much could he be influenced by a donor’s contribution?

This too is the mark of a pragmatist, as well as many liberals.  What then separates Obama from the traditional liberal?

Though Mr. Obama rarely spoke of his own views, students say they sensed his disdain for formalism, the idea — often espoused by Justices Scalia and Clarence Thomas, but sometimes by liberals as well — that law can be decided independent of the political and social context in which it is applied. To make his point, Mr. Obama, then a state senator, took students with him to Springfield, Ill., the capital, to watch hearings and see him hash out legislation.

This passage recognizes Obama’s sensitivity to political and social context, which he shares with traditional conservatives.  But as in many articles about Obama’s views, the reader walks away with the impression that Obama has cobbled together a bunch of personally appealing views that are best understood as revolving around his pragmatic temperament, as opposed to the fact that there is actually a well-developed philosophical tradition that orients his arguments.  For an example of how clueless the author of the Times article appears to be about this, consider this invocation of Judge Richard Posner’s name.

Mr. Obama often expressed concern that “democracy could be dangerous,” Mr. Stone said, that the majority can be “unempathetic — that’s a word that Barack has used — about the concerns of outsiders and minorities.”

But when a student asked Mr. Obama to name the circuit judge he would most like to argue in front of, he named Richard Posner, a conservative. Judge Posner was smart enough to know when you were right, Mr. Obama told the class.

Why Posner?  Surely there are other judges who are smart enough to know when a lawyer is right.  Posner’s economic views and values are in many respects close to the right wing of the Republican Party.  Obama may not be a traditional liberal, but surely he isn’t a conservative of this sort.  Why not recommend arguing before a more progressive judge who knows when you are right?  The fact is that Posner is an avowed pragmatist.  (Yes, there can be conservative ones.  Pragmatism provides a scaffolding for a host of values, as well as some non-negotiables, such as fallibilism.) The nature of Posner’s pragmatism has been debated by those interested in this school of thought, but there is little question that Posner thinks of himself in these terms and defends his decisions by appealing to pragmatic considerations.  In spite of Obama’s comments, no doubt the reason that he would like to argue a case in front of Posner is because he has a good sense of the kinds of arguments that would appeal to Posner as a (philosophical or legal) pragmatist. 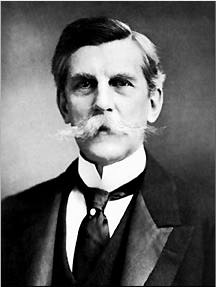 Unlike virtually all of the presidents of the second half of the 20th century, Obama is well tutored in matters of law.  While I am not prepared to say here just who has most influenced Obama in his study of law, he certainly seems to be hovering in the ambit of Oliver Wendell Holmes, Jr., whose orientation to the common law is informed by pragmatism.  So let me end this already too long blog with a quotation from a recent book on Holmes, Oliver Wendell Holmes, Jr., Legal Theory, and Judicial Restraint, by Frederic R. Kellogg.  As you read Kellogg’s words about Holmes, consider the claims about Obama in the New York Times piece and the kind of Supreme Court judge that he is seeking.  And then consider just how big a playing field Obama is planning to open for our amusement and edification.

Yet there are broad aspects of [Holmes] that remain relevant, in particular the ideas of common law method as case-specific inquiry, of the tentative and experimental nature of legal thinking and common law rule making, of the skepticism of abstraction, and of the importance of and respect for community practice and participation in the court-room law making process.  These ideas may sound unrealistic in light of current legal culture, but Holmes offered them as part of the Anglo-American legal tradition. They contribute to the particular image or ideal of a judge that may yet be valuable and worth preserving, especially given the extreme politicization of judicial selection that prevails at the federal level. (Cambridge: Cambridge University Press, 2007, 19, emphasis added)