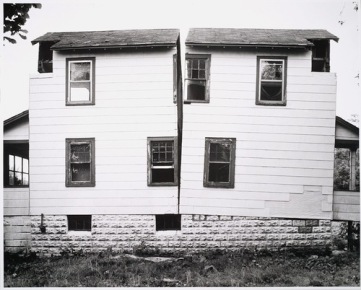 The President in the State of the Union talked about his failure to diminish the rancor in Washington.

It’s one of the few regrets of my presidency – that the rancor and suspicion between the parties has gotten worse instead of better. There’s no doubt a president with the gifts of Lincoln or Roosevelt might have better bridged the divide, and I guarantee I’ll keep trying to be better so long as I hold this office.

As a Democrat you believe that the pervasiveness of “rancor and suspicion” is a serious problem, because you also believe that government, when properly functioning and administered, can improve our lives.  The animus that the Republican Right feels toward government makes this rancor much less of an issue for them.  As a matter of fact, it helps move their agenda forward, namely, to reduce the size of the federal government as much as possible, even if it means undermining social programs long supported by the American people.  If the government is dysfunctional, then why not get rid of it?

If Clinton wins the presidency, you can be fairly certain that her coattails will be insufficient to win the House for the Democrats, and probably not large enough to win the Senate back.  She will win, not due to enthusiasm about her candidacy, but because the Republican candidate was found unacceptable by the majority of Americans.  Yes, some Democrats will enthusiastically vote for her.  However, the majority of Americans, including many Democrats, are simply not excited about her candidacy.  Actually, it’s worse than this.  They don’t trust her and this distrust appears to be increasing.  A recent Quinnipiac poll shows that 59% of Americans consider her “not honest and trustworthy.”  On the other hand, only 35% disagreed with this characterization.  For someone who has been in political life so long, this is not a perception that’s going to change in the foreseeable future, if ever, for a large segment of the American electorate.   (No doubt a portion of this distrust is due to sexism, but its magnitude is too great to be explained solely by prejudice.  For example, if it were solely due to sexism, it is hard to explain why the distrust would be increasing.)

So, Clinton walks into the Oval Office in January of 2017 with most Americans not trusting her, including members of her own party.  She doesn’t have a significant mandate.  She doesn’t have a Democratic Congress.  She has years of baggage, and people are still wondering if there are skeletons in her closet.  (You can bet Republicans will continue looking for them.  And why not?  They would be dealing with someone the American people don’t trust.  There’s no downside for them.)  Oh, you can say it’s not right.  It’s not fair.  Hillary should be given a chance.  Fine.  But this is not about Hillary.  It’s about the future of our country.  And one has to ask, is Clinton really the most pragmatic choice for the Democrats, if the point is not merely to win the White House, but to accomplish something while in it?  (Further, it’s not even clear that she is the best choice to win.  Currently, Sanders is actually polling as well or better against Republican front-runners.)

The bottom line is that a Clinton victory will be a hollow one.  Democrats will not be able to advance the ball.  We may even suffer setbacks as right-wing Republicans seek to prove that government can’t work.  The only hope for the Democrats is to elect someone who is viewed as a person of integrity, someone the American people will support because they trust him or her.  Will this guarantee success?  Of course not.  But at least it provides an opening.  There is no point in starting the next four years with a bad hand.