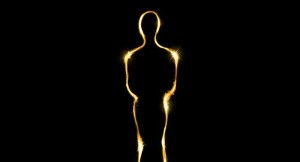 Ted Cruz wins the hypocrisy Academy Award hands down.  Sure, there are a lot of hypocrites in American politics, but not all hypocrites are created equal.  The really serious ones are those who claim to be deeply dedicated to certain principles, certain core beliefs, who condemn others as relativists, but when it comes time to apply the principles to themselves, in situations not to their own advantage, suddenly expediency wins.

Ted Cruz has argued, vehemently, with passion, for years, that we must be very strict in our reading of the Constitution.  We must read the document as if it were frozen in amber.  He is a committed “originalist” and is determined to appoint judges of the same school.  Further, he relishes being an ideological purist, or in his mind, a man of principle.

But purity has its limits, especially if it gets in the way of a cherished goal, like becoming president.  Cruz insists that he is eligible to be president, in spite of his Canadian birth.  However, based on his own approach to reading the Constitution, Cruz would not be eligible to be president.  Here’s how Lawrence Tribe, one of Cruz’s law professors at Harvard, sees the matter in a recent Boston Globe article, “Under Ted Cruz’s own logic, he’s ineligible for the White House.”

But the kind of judge Cruz says he admires and would appoint to the Supreme Court is an “originalist,” one who claims to be bound by the narrowly historical meaning of the Constitution’s terms at the time of their adoption. To his kind of judge, Cruz ironically wouldn’t be eligible, because the legal principles that prevailed in the 1780s and ’90s required that someone actually be born on US soil to be a “natural born” citizen. Even having two US parents wouldn’t suffice. And having just an American mother, as Cruz did, would have been insufficient at a time that made patrilineal descent decisive.

So, the next time you hear Cruz railing against New York values, or waxing poetic about his own values, just remind him that values aren’t worth much if you throw them out the window, or under a bus, when they might not be to your own advantage.