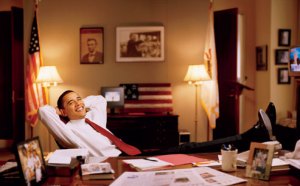 We know that the contrast between Bush and Obama could not be more stark.  But I have just come across a distinction that may trump many of those with which we are already familiar, for example, that Obama has studied history, while Bush has become an object lesson for historians.

As reported in Politico:

Bush famously arrives at the Oval Office by dawn, leaves by 6 p.m. and goes to bed by 10 p.m. Dinners out are as rare as a lunar eclipse.

Obama, by contrast, stays up late. He holds conference calls with senior staff as late as 11 p.m., and often reads and writes past midnight. Ahead of the Democratic National Convention, he spent consecutive nights holed up in a Chicago hotel room, working on his speech until 2 a.m.

Why, you ask, might this be important?  Night owls are often viewed with suspicion by day-timers, the morning people, the early risers, etc.  Base prejudice.  The list of productive night people is long, from Voltaire to Kafka to Winston Churchill.  As a matter of fact,  it seems that the odds of being creative increases if one is a night owl, at least this is what one recent study demonstrates.

Not a morning person? Take solace — new research suggests that “night owls” are more likely to be creative thinkers.

Scientists can’t yet fully explain why evening types appear to be more creative, but they suggest it could be an adaptation to living outside of the norm.

“Being in a situation which diverges from conventional habit — nocturnal types often experience this situation — may encourage the development of a non-conventional spirit and of the ability to find alternative and original solutions,” lead author Marina Giampietro and colleague G.M. Cavallera wrote in a study to be published in the February 2007 issue of Personality and Individual Differences.

Yes, one small study, but a giant leap for all humankind.  (The study was reported on The Discovery Channel’s on-line site.  You can read more of the details here.)
.. 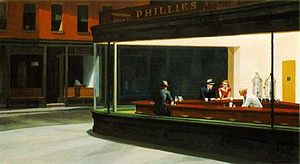 If you are interested in the world of night folks, the final frontier, you can try the web site Night People. According to Night People:  You Know You’re a Night Person If...

“Night People” is connected to a site that sells items supporting the cause of night people.   Right on!  Here is the link. A couple of my favorites are pictured below.  (This, I might add, is the first product “suggestion” by UP@NIGHT.) 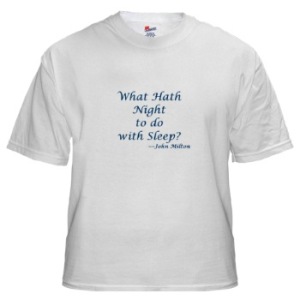 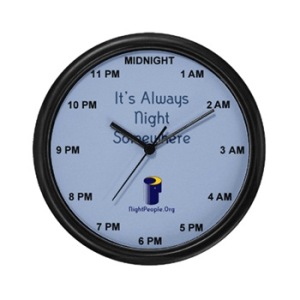