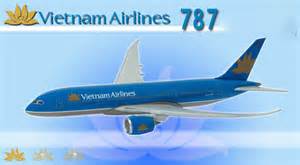 There is another remarkable video circulating on the web.  It shows Boeing’s new 787 Dreamliner making what appears to be a nearly vertical takeoff, which some have referred to as a “combat style” launch.  But what is most mind-blowing, if I may use  parlance of the Sixties, is the name of the airline in the video that Boeing posted:  Vietnam Airlines.  Those of us who lived through the Vietnam War remember how prominent a role Boeing planes and helicopters played in the war, including in the most notorious bombing campaign of the war, the Christmas Bombings of December of 1972, which were launched against targets in Hanoi and Haiphong.  Many argued then, and still do to this day, that these bombings were a violation of international law.

Vietnam Airlines currently uses Boeing planes, so this connection is not new.  But to see Boeing choose to use a plane so clearly marked “Vietnam Airlines” for a promotional video for the upcoming Paris Air Show, and Vietnam Airlines to so prominently display the plane in their advertising, demonstrates, once again, just how much things can change in a generation or two.  Perhaps something to bear in mind as we find ourselves condemning other states, suggesting that their ways may be too evil for redemption.  Give it a few years.  They may become good trading partners not too far down the road.

During the Vietnam War, a short clip:

Here is where we are today:

I will say, seeing the video of Vietnam Airline’s Dreamliner does make you wonder.  If the American elite had really believed in the power of their economic system to best the commies, maybe we would not have lost so much blood and treasure in the jungles of Southeast Asia.