The supermarket near my home, recently an A & P, has become an Acme Market, a store in a chain owned by Albertson’s.  Turns out that A & P has gone bankrupt.  It was a supermarket icon.  And now it’s going the way of the dodo.  Of course companies buy other companies all of the time, but there is consolidation, and then there is consolidation that corners a market, one of the many mechanisms that leads to concentrations of wealth.

Sometimes the concentration of wealth goes too far.  Take banks.  Recall too big to fail?  Well, forget that one.  Five banks currently control nearly half of the banking industry.  There is a tendency for the big to get bigger under capitalism.  Yet giant corporate entities often make it appear as if there is diversity and competition in markets by keeping old brand names, unlike the case of A & P and Acme.  The consumer has no idea that his or her old favorite is now owned by some mega-corporate entity.

All of this got me to thinking.  If five banks own nearly half of the industry, isn’t it possible that in the relatively near future we will see even more concentration of wealth in the banking industry?  Perhaps five banks will control 90% of the industry.  Or what if, just what if, someday soon there is really only one mega bank controlling the entire industry.  The different bank names will become fronts, kept around for consumers who like their old brands.  And also kept around for some cover.  People might start getting nervous if all of the banks were actually part of a company town.  Of course this  holds true not only for banking, but for other industries in the wealth concentration game.

I have a recommendation.  A & P was a real company, an important company, in the real world, when I was growing up.   But there was also another very important company.  It was part of cartoon world.  A company one could depend on to get you any object you might need, before Amazon.  Here are a few examples. 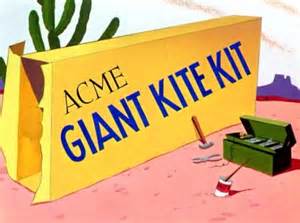 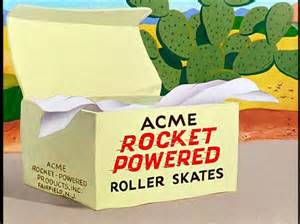 Let’s stop all of the nonsense about believing in the existence of multiple companies.  Sure, today there are different companies, but a time is coming when this will be history.  The time of the One is coming.  It may have many faces, but it will have only one true name, and it will eat Amazon for lunch: