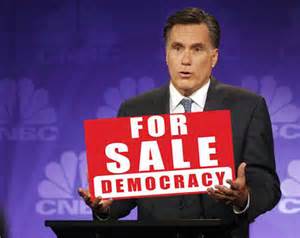 Who runs the show in America?  A recent article offers some answers.  Spoiler alert: “average citizen” is not a correct answer to the question.

The article, “Testing Theories of American Politics: Elites, Interest Groups, and Average Citizens,” by Professors Martin Gilens (Princeton) and Benjamin I. Page (Northwestern), was published last year.  Although they make the point that their findings are preliminary, the paper provides an interesting analysis of influence in American politics, draws on “a unique data set that includes measures of the key variables for 1,779 policy issues,” and carefully considers competing claims.  Here are several of their insights and conclusions.

From the article’s abstract:

From the article  (paragraph breaks removed):

The chief predictions of pure theories of Majoritarian Electoral Democracy can be decisively rejected. Not only do ordinary citizens not have uniquely substantial power over policy decisions; they have little or no independent influence on policy at all.  By contrast, economic elites are estimated to have a quite substantial, highly significant, independent impact on policy. This does not mean that theories of Economic-Elite Domination are wholly upheld, since our results indicate that individual elites must share their policy influence with organized interest groups. Still, economic elites stand out as quite influential—more so than any other set of actors studied here—in the making of U.S. public policy.  Similarly, organized interest groups (all taken together, for now) are found to have substantial independent influence on policy. Again, the predictions of pure theories of interest-group pluralism are not wholly upheld, since organized interest groups must share influence with economically-elite individuals. But interest-group alignments are estimated to have a large, positive, highly significant impact up on public policy.

What do our findings say about democracy in America? They certainly constitute troubling news for advocates of “populistic” democracy, who want governments to respond primarily or exclusively to the policy preferences of their citizens. In the United States, our findings indicate, the majority does not rule—at least not in the causal sense of actually determining policy outcomes. When a majority of citizens disagrees with economic elites or with organized interests, they generally lose. Moreover, because of the strong status quo bias built into the U.S. political system, even when fairly large majorities of Americans favor policy change, they generally do not get it. . . . Despite the seemingly strong empirical support in previous studies for theories of majoritarian democracy our analyses suggest that majorities of the American public actually have little influence over the policies our government adopts. Americans do enjoy many features central to democratic governance, such as regular elections, freedom of speech and association, and a widespread (if still contested) franchise. But we believe that if policymaking is dominated by powerful business organizations and a small number of affluent Americans, then America’s claims to being a democratic society are seriously threatened.

For a brief commentary on the pros and cons of Gilens and Page’s work, see, John Cassidy in The New Yorker, April 18, 2014, “Is America an Oligarchy?”  Cassidy concludes:

There can be no doubt that economic élites have a disproportionate influence in Washington, or that their views and interests distort policy in ways that don’t necessarily benefit the majority: the politicians all know this, and we know it, too. The only debate is about how far this process has gone, and whether we should refer to it as oligarchy or as something else.